Focus on recent tax measures proposed by the government

The Luxembourg government filed three new bills in the week of 10 October 2022 concerning: the 2023 budget, housing supply reform, a temporary reduction of the VAT rates in the 2023 financial year

The Luxembourg government has filed the bill for the 2023 budget (the “Budget Bill”). As expected, the Budget Bill contains no major tax reforms due to the current economic situation. The proposed tax measures only comprise certain tax reductions and clarifications.

The main tax measures in the Budget Bill are the following:

If adopted, this clarification could already apply to the 2022 tax year.

3. More flexibility for the “profit-sharing bonus” regime and the inpatriate regime 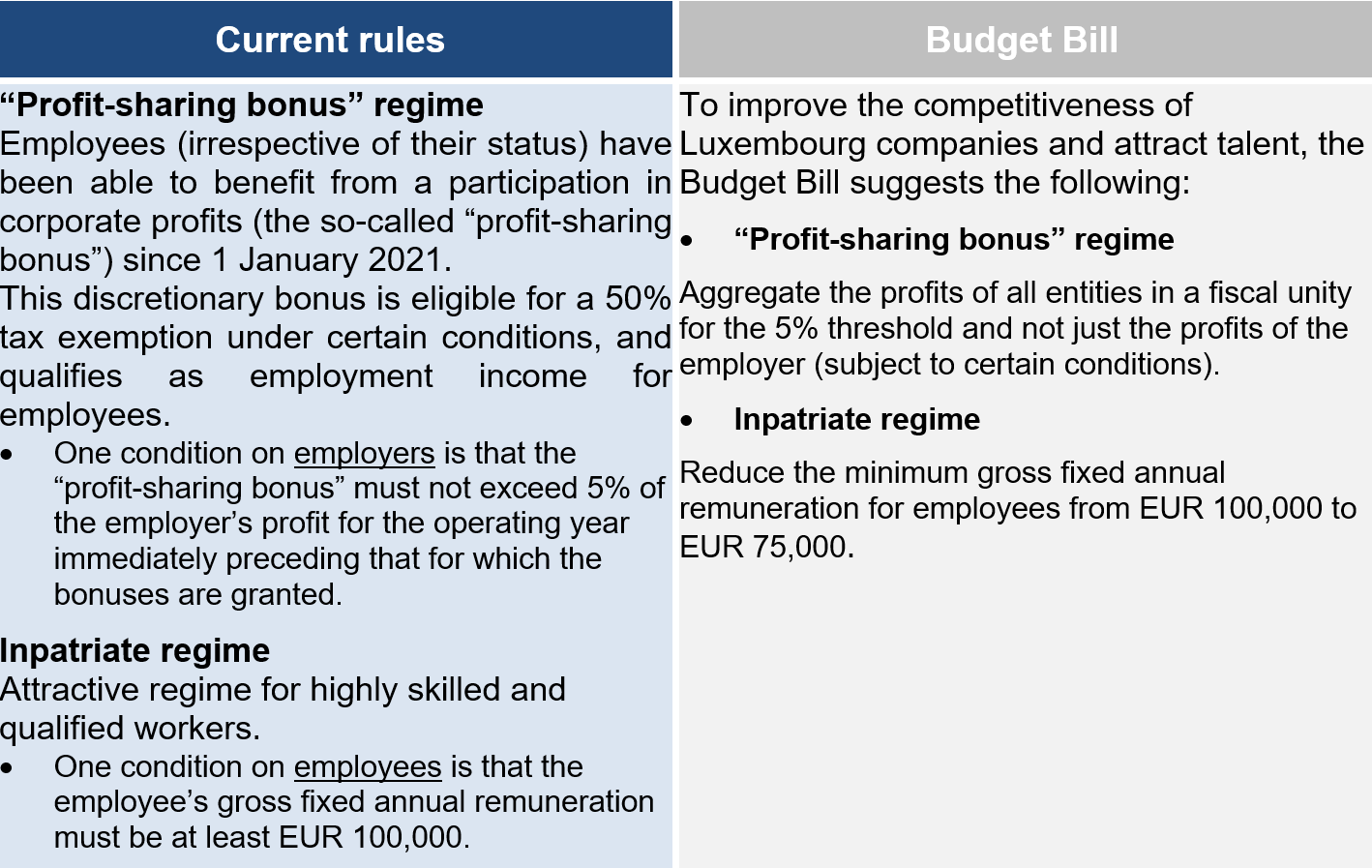 The Budget Bill will now follow the normal legislative process through Parliament and is expected to be approved before the end of December. The Budget Bill should enter into force on 1 January 2023 (with applicability from the 2022 tax year for certain clarifications).

The Luxembourg government also filed a bill revising the calculation of the existing real estate tax. In addition, the bill creates two new taxes: one on unbuilt land and one on unoccupied residential real estate.

Access to the online calculation simulator provided by the government here_

The government also filed a draft bill proposing a 1% reduction of certain VAT for the period from 1 January 2023 to 31 December 2023.

This bill is part of the government’s package of measures to mitigate the effects of energy and consumer prices on households and businesses.

How can we help?

The Tax Law partners and your usual contacts at Arendt & Medernach are at your disposal to further assess and advise on the impact of the new measures on your tax affairs.