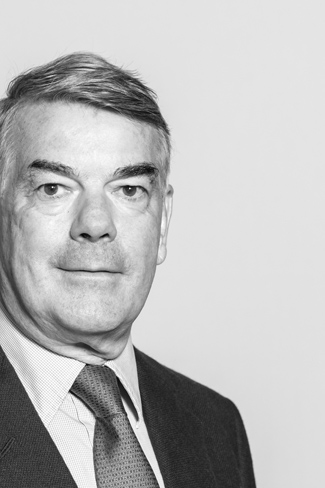 Guy Harles is a Founding Partner and former Chairman of Arendt & Medernach. He specialises in corporate projects, advising multinational and domestic companies, as well as HNWIs on the structuring of international transactions, private equity investments, corporate reorganisations, mergers and acquisitions, corporate finance and private wealth management. As an entrepreneurial lawyer, Guy plays a major role in Arendt & Medernach’s international development. He has acquired a very good knowledge of the international market and more specifically of Asia, where he regularly advises clients.

Guy’s international business experience and long-standing position as trusted advisor are underscored by a number of Board-level appointments. Guy also regularly serves as an arbitrator, designated by leading international arbitration centres. He is a former President of EuroArbitrage, chairman of the Luxembourg arbitration association and a member of the ICC Commission on Arbitration and ADR.

Sharing his knowledge and professional experience is very important to Guy. He graduated in 1979 from the Robert Schuman University in Strasbourg with a Master's degree in law and an advanced degree (DESS) in banking and finance. Only three years later he started as a lecturer on business law at the Centre Universitaire de Luxembourg, the Faculty of Law (University of Luxembourg), at the Université Louis Pasteur (Strasbourg) from 1981 to 2007 and at the Université Paul Cézanne (Aix en Provence) from 2010 to 2012.

Guy started his professional career in the finance department of Arbed, now part of ArcelorMittal, the global steel company headquartered in Luxembourg, working on long-term debt and export financing.