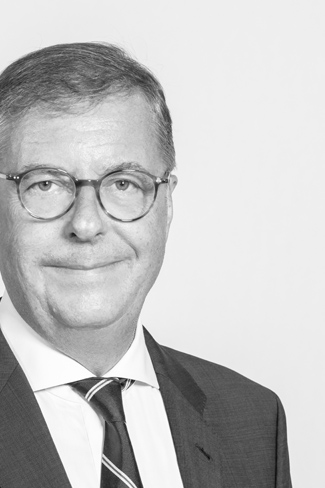 Claude Kremer is a Founding Partner of Arendt & Medernach. His whole professional career has been devoted to the global fund and asset management industry advising clients on the setting up of Luxembourg investment and pension funds and providing legal support to asset managers, depositaries and other asset servicers with regard to the structuring and development of their businesses in Luxembourg.

Claude currently serves as a member of the Board of Directors of the International Investment Funds Association (IIFA). From June 2011 to June 2013, Claude served as president of the European Fund and Asset Management Association (EFAMA). From May 2007 to June 2011, he was chairman of the Association of the Luxembourg Fund Industry (ALFI). In 2005, he was a member of the EU Commission expert group on market efficiency for the asset management sector. In March 2017, Claude has been appointed to the Consultative Working Group (CWG) of ESMA’s Investment Management Standing Committee (IMSC).

Claude sits on the board of various international asset management groups as well as their fund ranges in Luxembourg. He is also a member of the executive board of the Intergenerational Sovereign Fund put in place by the Luxembourg Government in December 2014.

Claude is the co-author of a book entitled Collective Investment Schemes in Luxembourg: Law and Practice (Oxford University Press, March 2014), which was first published in French (Les organismes de placement collectif en droit luxembourgeois, Larcier, Brussels, 3rd edition, 2014). In addition, he is a lecturer in fund law at the University of Luxembourg.

A member of the Luxembourg Bar since 1982, Claude holds Master's degrees in law and history from the Université Pierre Mendès France de Grenoble (France) and a Master's degree in accounting and finance from the London School of Economics and Political Science (U.K.).


The China Interbank Bond Market: UCITS able to access the CIBM without QFII or RQFII quotas 23/11/2016